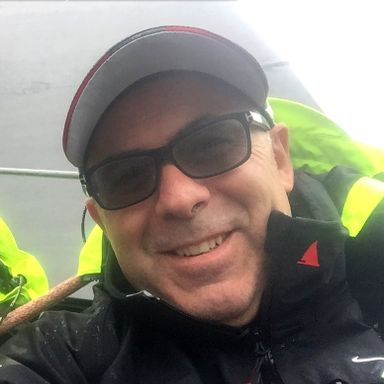 Prior to starting KND-SailingPerformance Dimitri participated in two Americas Cup cycles as design coordinator ( Areva Challenge and Deutsche Challenge), 2 Audi Med Cups as a performance analyst,
including a 2011 victory with Quantum Racing. He participated in a number of high-level projects including Abu Dhabi Volvo70 rig development, IMOCA60 SAFRAN 2011 bulb optimization,
performance development of the Bronze Medal Yngling for Beijing Olympics… Beyond sailing Dimitri brings to KND-SailingPerformance 15 years of high-tech management expertise in nuclear,
supercomputing, and automotive industries worldwide (CAE & CFD).
Within KND, Dimitri has been in charge of the RANS CFD for projects including Alegre IRC72, Tango Wally 100, L'Occitane IMOCA, Banque du Leman Class40. He has also provided performance analysis on-
site for the Alegre IRC72 and TP52 teams as well as Tango. He is also in charge of the performance analysis group and associated software developments.

Before starting KND-SailingPerformance Roland helped develop the panel code “Das Boot” with Michael Richelsen and created, in combination with the NorthSails VPP,
one of the most effective sailboat optimization loops. He used these successfully within the Judel-Vrolijk design office on TP52 programs (Audi Med Cup winners in 2006 and 2007).
Roland was then involved with the German America’s Cup Design Teams (Illbruck Challenge, UITG & Deutsche Challenge).
After the Cup and before starting KND he was actively working on performance prediction programs, collaborating with racing designers such as the North Sails Design Group, Jason Ker, Reichel Pugh.
Within KND, Roland contributed to the design of many successful projects such as Alegre IRC72, Tango Wally 100, L'Occitane IMOCA, Banque du Leman Class40. 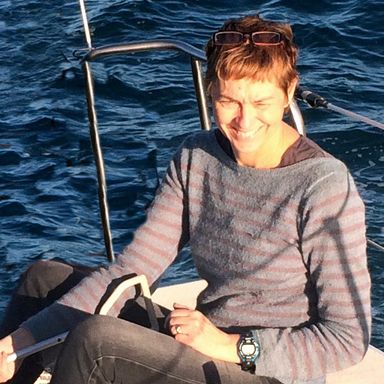 Anne was involved in the sailing industry working 5 years at Future Fibres before joining KND. Since then she has been taking care of the performance analysis of high-end programs including TP52s Bronenosec and Phoenix, IRC72 Jethou, super maxi Rambler88, as well as the J Class Velsheda. Anne has been in charge of the 2017 Vendee Globe winner BanquePop VIII and
PRB for the 2020 edition. 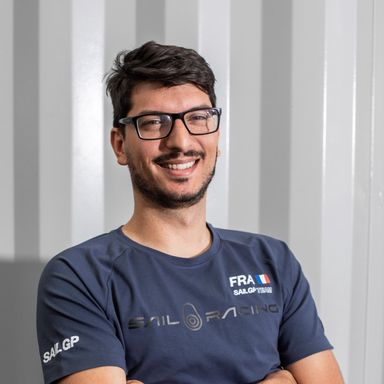 Ms. degree in Engineering from France’s ‘Arts et Metiers ParisTech’ and Spain’s ‘Polytecnico de Valencia’, David grew up in New Caledonia racing dinghies in the Pacific.
After one year at FutureFibres David joined KND to work on performance analysis as well as developing software.
Among various projects, David was in charge of the multi yacht performance analysis of the Quantum TP52 teams as well as the World Champion IRC72 Bella Mente. He has been on site performance analyst for the French SailGP Team in 2019 and 2020. David is also one of the active developers of the ReXY performance software. 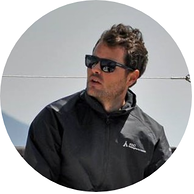 Meng. in Yacht Engineering from Auckland Univ. and in Naval Architecture from Cartagena Univ. Jose Luis’ passion for yachting saw him travel the world! After finishing his studies in Auckland
he worked with Jason Ker in England prior to joining KND to work on performance analysis and design optimization projects.
He has been in charge of various projects ranging from the classic yacht Rowdy to MAPFRE, 2nd of the 2018 Volvo Ocean Race, and the TF35 flying cat Artexplora. On the design side, Jose Luis
has been leading the NYYC effort to develop a rating rule for racing multihulls, now ORC-mh. 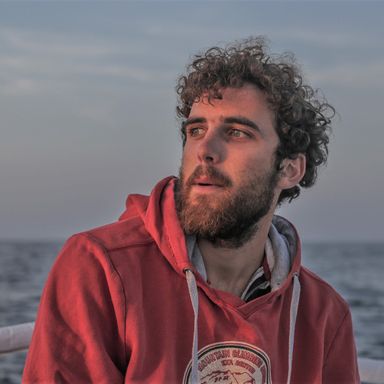 Ms. in weather forecasting from France´s ‘Ecole Nationale de la Météorologie’, Valentin comes from Britanny racing optimist and lasers.
Hired in 2017, he developed the post-racing routing program and the site effect analysis based on onboard data.
Valentin joins the performance team, notably in charge in 2020 of the class40 Banque Du Leman and the TF35 Realteam. He has also spent 2 months sailing on L'Occitane IMOCA60
to work on the performance and electronics calibration before the start of the 2020 Vendee Globe.
In addition, Valentin is coordinating the development of ReXY.Team. 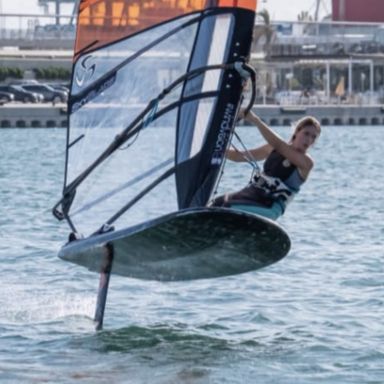 Ms. in Aerospace Engineering from ‘’Universidad Polytecnica de Valencia’’. Andrea joined KND in 2017 for a long-term internship... and she never left! She has been a member of the performance team, working with
programs such as the TP52 Platoon, twice word Champion with Andrea providing the daily performance analysis reports.
In addition, Andrea is coordinating the development of our dinghy performance analysis software, ReXY Gold
Andrea has been racing windsurfs for years and participated in her first international race in Sopot, Poland, in 2012. She achieved a bronze medal in Torbole, Italy in 2014.
She also trained in the Olympic RS:X and IQFoil class.